I’m about to begin a new journey. I have only a loose idea of where I’m going but that’s OK because sometimes exploring along the way is more fun anyway. I am starting this blog so I can share my journey with anyone who wants to join.

It all started several months ago. My dad and brother designed a light that mounts to the front of a standup paddleboard (SUP). They got some positive feedback on it and from a local retailer named Kevin Cook of Coastal Paddle Company.  He told them they could probably sell a bunch if they cleaned up the design and figured out how to package it. Kevin knew of this inventor guy Craig that had recently designed a product called SupWheels, and said that he may be interested in helping them. My brother and dad asked me to be involved and to reach out to Craig. Turns out he was into the idea and over the next few months I got to know him.

Craig is one of the smartest people I’ve had the pleasure of knowing. The guy’s got it going on upstairs and has a very unique way of looking at things. He’s the type of guy to shoot a 78 his first time ever picking up a golf club (this happened). He is a doer, an innovator and holds over twenty patents. Craig got sick in 2008 around the time the economy crashed and was forced to shut down his shop and move his equipment into storage. Once he was healthy again he took a job with Daws Better Built as head of new product design. It’s a great job but I sensed that he would love to have his own shop again if the right opportunity came up. I ended up finding a pretty affordable warehouse space twenty minutes outside of town. It’s more space than we would need with four loading docks, 30-foot ceilings and a 900 sf office space. I showed the space to Craig and he seemed pretty fired up about it. We ended up signing a lease a few weeks later and decided we’d figure out a way to “grow into the space.”

As of last week, we started moving in and got a few of the machines operational. We have a LOT more stuff to move but we plan on finishing up by the end of the month. Craig owns three CNC machines, a 3-D printer, vacuum forming machine, welders, lathe…the list goes on. What I’m getting at is we have the software, equipment and know-how (not me) to design and build most anything. I’ve definitely got a lot of learning to do and I’m stoked about it.

Craig’s committed to spending a few hours each night at the shop after he finishes his day at Daws. My plan is to leverage this time with Craig and figure out a way to make a go at it. Progression and creativity are two things that make me feel my best  and that is what I want this space to be about. Not just for me but for everyone involved. My vision for the shop is to be a place where my friends can hang out and work on stuff we’re passionate about. Obviously, we have to pay rent and I have to make some money to live off of so not everything we do will be interesting. That’s just what I’m striving for.

I’ve been really inspired by a few different blogs and podcasts lately. My hope is that this one may do the same and maybe even open up some doors. My head’s been spinning with ideas. I’d like to start posting about them and getting an honest opinion of what people think. I’d really appreciate any feedback and hope that you’ll be a part of this with me. 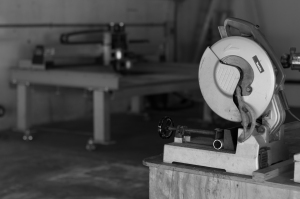 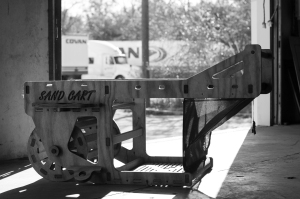 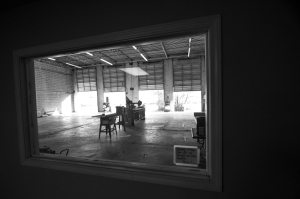 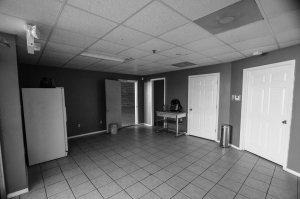